Almost every woman has a #MeToo story, about some level of sexual harassment, yet many men claim not to have known. Not to have heard. Not to have seen.

Jhos Singer is not one of those men.   He knows, in a very visceral way. That’s because Singer was born into a female body, and transitioned to male 13 years ago. He can still recall being heckled while walking down the street as a teenaged female, but now he walks through the world as a man. He is privileged to enter all-male spaces that no woman can enter, and he gets to hear things no woman can hear. And much of that is not pretty. 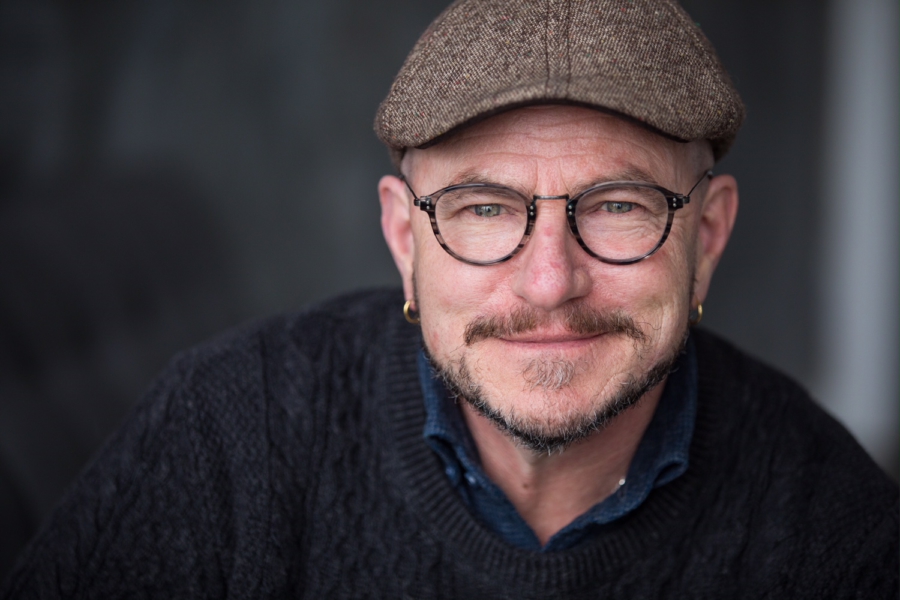 “Occasionally, in all-male situations, with no women nearby, I have heard a man talking smack about women, or bragging about how he nailed some bitch,” he said.

Singer lives in Berkeley and works in San Francisco and the East Bay, so the men he is talking about live in the allegedly “progressive” Bay Area, not in red America. And the most disturbing thing, Singer said, is that the “good guys” who hear this kind of talk rarely speak up. “I can’t think of a time when I’ve heard a man over 20 say to another man, ‘Dude, that is not cool, stop doing that’,” Singer said.

“I don’t completely understand why men don’t stand up more,” he added. He himself has tried to speak up but admits that it depends on the situation. “Unless we learn to speak up, a lot of people are going to suffer. It’s going to hurt, and a lot of people will get falsely accused, and that’s a shame. But men brought it on themselves as far as I am concerned. We have to start speaking up, and start questioning our own sense of entitlement where women’s bodies are concerned.”

Singer — who has been a firefighter, oceanographic researcher, scuba diver, music teacher, symphonic percussionist, and barista — grew up in 1960s Venice Beach, well before that town became hip. He now serves as a maggid (teacher and community leader) for the Jewish Community Center of San Francisco. He also serves as a congregational leader at Chochmat HaLev, a center for Jewish spirituality in Berkeley, along with his wife Julie Batz. Singer calls himself a “rogue scholar” whose skill is being able to “translate experience (from the terrible to the sublime) into a fantastic story.” He holds an MA in Jewish Studies from the Graduate Theological Union.

Singer began transitioning at the age of 45, on the advice of a Kaiser psychologist. It was not something  he sought out, and in fact, he resisted the idea for a long time. As a person of faith, he was conflicted about whether changing genders would contradict God’s will regarding his physical embodiment. Singer had been living as a lesbian and ardent feminist, and had also embraced androgyny. Before transitioning, Singer had given birth to two sons.

However, as a woman Singer had always suffered physical and medical problems, and his therapist suggested that testosterone treatments might help with those health issues. To Singer’s complete surprise, he felt better immediately after starting the hormones. Before, he felt as though “my hardware (body and biochemistry) and my software (neuroprocessors, psycho-transmitters) didn’t interface well,” he said. Afterwards, his chronic physical pain melted away, he became less aggressive and “life got smoother.” (For more of Singer’s transition story, read this).

“Contrary to popular myth,” Singer also discovered that two years of testosterone treatments did not incline him towards “a penchant for beer, football, stock car racing or being thromped on the back as a gesture of affection.”

Ever since he was a young child, Singer was uncomfortable wearing girls’ clothes or acting like a traditional girl. He preferred jeans, sneakers and button-down shirts. He resisted being typecast, but didn’t have any language for what it meant to be gay, or transgender, or non-binary. Even as a five-year-old, he remembers perfect strangers walking up to him and asking whether he was a boy or a girl. “No, I’m not,” he eventually learned to answer.

Singer had no way to express his non-conformity except through clothes. When he had to wear dresses, he would look for ones that somehow resembled gladiator kilts or togas, he said in a recent Eli Talk.  “My clothes were my protest against what everybody said I should be, and my prayer that somehow I would figure out how to be whole,” he said.

Singer can still vividly recall walking down the streets of his hometown as a young woman. “I was not a big mark,” he said. “I was not considered traditionally attractive, but I was feminine enough to get more than my fair share of touches, comments, looks, all of it. I was not encouraging this by any stretch of the imagination. It was just men exerting their power over me as I walked down the street.”

This sense of male entitlement and power is based on a lie, he said, a lie that is now coming apart at the seams. “Men have been sold a bill of goods,” Singer said. “They have been sold the idea that they are the top dog, the pinnacle of creation. Men have been convinced that they are better than, more important than, more powerful than. So if you are a man and you feel powerless, what do you do? You convince yourself that you are more powerful than a woman, or a child, or a person of color, or an immigrant, or a gay person.”

To exert that power, he said, men don’t even have to physically abuse women. They can “just grab her butt. You can convince yourself that that’s a compliment, that the woman should feel flattered that you want to have sex with her.” He pauses and makes a gesture signifying, “Really?!”

But the dark side of power is powerlessness. Indeed, research shows that the biggest single risk factor for suicide today is being a white adult male. And men who internalize a belief in hyper-masculinity are particularly susceptible to suicide, said psychologist Cheryl Meyer, who has done extensive research on the subject. “When these men fail in something significant in their lives, it can have a devastating psychological impact because they feel they are not real men,” Meyer told Medicalxpress.com. Meyer is the author of Explaining Suicide: Patterns, Motivations, and What Notes Reveal, among other books.

The lid has blown off

Singer also believes that one reason the #MeToo movement has taken off at this point in time is because of the gender queer movement. “Part of this unfolding we are in the middle of now was presaged by an expanded consciousness about gender,” he said. “When we started to think outside the box of what it means to be male or female, we blew the door open on the myths.”

Now we live “in a moment when all this has bubbled up,” Singer said. “People are asking what it means to be a woman, and what it means to be a man. People want to know what’s OK, and what’s not OK. It’s all being examined, and that’s good. We’ve been hushing all of this up for as long as I’ve been alive, and now the lid has blown off the pot.”

For too long, Singer said, there has been a repression of men’s emotional life, “a suspicion around their sexuality, and a judgment on their masculinity. If they appeared too ‘soft’ or ‘tender,’ it was suspect, it was suspicious.” This suspicion has made it “excruciating to be a good guy,” he said. “There is no noble way to fail.”

Many things are changing for the better, but the culture still has a long way to go. “Gender is no longer seen as binary,” Singer said. “Facebook now has a whole range of options for listing genders, something like 25 or 30 choices.” As a maggid, Singer can’t help adding that even the Talmud, written in Babylonia 2,000 years ago, came up with seven gender categories.

Yet as a trans person even in 2018, Singer said, “you are either an idiot or the bravest person on the planet if you’re not careful about who knows and who doesn’t know.” Singer talks and writes about his trans experience very openly, but he is not without fear in certain settings. “I’m not going to come out to the lady in the Safeway line,” he said, “because there might be a kid in line behind me who can follow me to my car and try to beat me up.”

Singer said that a female to male transition is seen as very different from a male to female transition. “I’ve had some men react to me with such affirmation, saying ‘Really? You wanted to be a male? That’s awesome!’ And I say, ‘Really? That’s how you feel?’”

These same guys would see someone who has transitioned from male to female as “having given up their masculinity, which they read as a rejection of masculinity,” Singer said. “That’s why trans women are so often the victims of violence.”

At the same time, Singer believes that men are also “terrified of each other. They know how threatening they are. Let’s face it, as bad as men are to women, they are worse to each other. Acculturation says you can’t hit a girl, but every little boy my age was taught you could hit boys all you want.” Men often believe that if they express their fury, frustration or pent-up hostility against another male, it will nudge them up the pecking order. Every man they knock down elevates their own position.

“Men are not well,” Singer added. “They may be privileged, they may have power, but they are not well. Where is all that power getting them? They are trapped by their privilege and status. These patriarchal attitudes are not good for anybody.” The #MeToo movement is doing “a huge healing service for men,” Singer said. “Sometimes you have to break the bone to get it to set.”

Arlie Hochschild: Looking for Answers from Berkeley to the Bayou